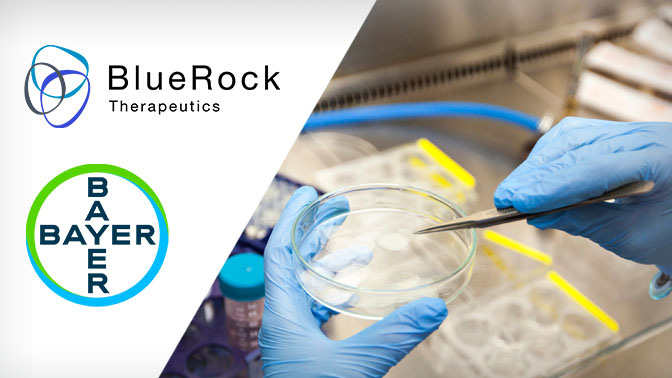 On August 8, 2019, it was announced that Bayer AG will fully acquire BlueRock Therapeutics, a company that was co-founded by UHN researchers, Drs. Gordon Keller and Michael Laflamme.

BlueRock Therapeutics is focused on developing engineered cell therapies in the fields of neurology, cardiology and immunology, using a proprietary induced pluripotent stem cell platform known as CELL+GENE™. The company is planning to begin its first clinical program for Parkinson's later this year.

Dr. Brad Wouters, Executive Vice President of Science and Research at UHN, comments, “This latest investment will help BlueRock advance the development of revolutionary and best-in-class cell therapies for patients. It is a great example of the wealth of opportunities available in Toronto and at UHN, and it illustrates how basic research can lay the foundation for success.”